To place your order, please send us an email to hola@poblanomexican.com.au or give us a
call on 03 9005 6637. We deliver to any restaurant or business within Australia 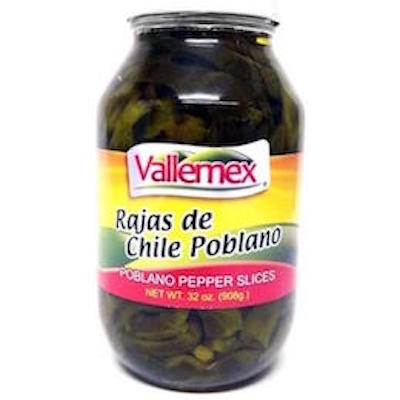 Poblano chiles are one of the most complexly flavored mild to medium heat chiles.

The Poblano pepper is a mild chile with a hotness measured in the Scoville scale at 1,000 to 2,000 heat units. At their peak ripeness, their elongated, heart shaped, curved and contorted pod is glossy, deep green and thick.

The pepper contains a cotton-textured membrane laden with small white seeds. When cut, the pepper’s aromas reveal a preview of its flavors: spicy, earthy, rich and bright.

They can be stuffed with rich creamy cheese sauces, black beans, potatoes, seafood, eggs and pork and often fried, they can also be eaten with the simple addition of olive oil and sea salt.

Poblanos pair well with other pepper flavors such as guajillo and chipotle, herbs such as cilantro, epazote and oregano, earthy flavors such as mushrooms, and cheeses such as feta, gorgonzola and pecorino.

Cooked Poblanos can be preserved by freezing them in an air tight container, extending their shelf-life by approximately six months.

A wonderful dish consisting of a green chile, white walnut sauce and red pomegranate- the colors of the Mexican flag. This dish is a Mexican Independence day favorite as well as for Christmas.

These Poblano chillies are ready to use. You don’t have to roast them and remove the skins and seeds, is already done for you.

Heat the oil or lard over medium heat in a large pan. Add in the beef or pork and brown until nearly done. Add in the garlic, onion, apple, almonds, cinnamon, nutmeg, cumin, pinch of salt and pepper and cook for about 5 minutes.

Beat the egg whites to stiff peaks with a mixer or a whisk. Fold in the egg yolks and a pinch of salt. Dip each stuffed chile in the egg mixture and fry until golden brown.

Stuff the chiles with equal portions of the stuffing. Blend or mix the crema, walnuts and sugar with the evaporated milk. Pour over the freshly cooked chiles and sprinkle with pomegranate seeds.